Programming language is a computer language that is used by programmers to develop software programs, scripts, etc. In today’s world the need for smart applications and tools is increasing rapidly because the people are getting smarter and they want to use smart tools.

Many multinational companies are hiring programmers/software developers/machine learning engineers etc. and the need for people who can code are increasing day by day. 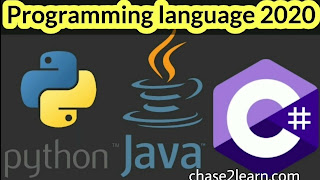 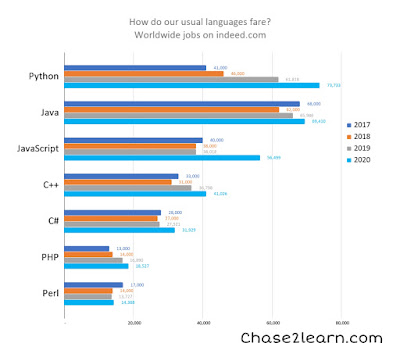 As you can see in the above graph that Python is the most used programming language of 2020.

Might be you are thinking that why I said that python is the best programming language of 2020. So, in order to answer your question, I would like to tell you the applications of the python language. 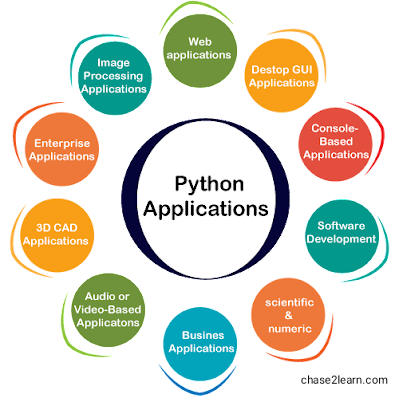 But apart from this, I must say that every programming language have its own uses and importance. I recommend python because it’s easy to understand and it takes you the control of many powerful libraries that can help you to do your task with ease.

The students who want to start programming I recommend them to use python because:

Let us understand the power of python by doing a simple program to print “Hello World” on output screen and I am doing this program in three languages: C++, Java and then Python.

We will get the same output on running each program i.e. Hello World. You can see the difference in the amount of code you have to write while using C++ or java as compared to python.

How python became the most used programming language?

Python and R are two main languages that can help to do Data science/Artificial intelligence tasks like with the help of these languages we can build smart systems, smart applications.

But most data scientists use python to deal with data science tasks because it is easy to understand, it has many inbuilt libraries like:

These libraries help us to do data science tasks with ease because we can preprocess, analyze, and visualize our data with the help of these libraries. Also, we can build accurate machine learning models with scikit-learn.

India is a country that has different languages that people speak like Hindi, Gujrati, and Punjabi, etc. Now I will introduce you to a new programming language with the help of which you can code in the Hindi language also.

Steps to run the code in the Hindi language: 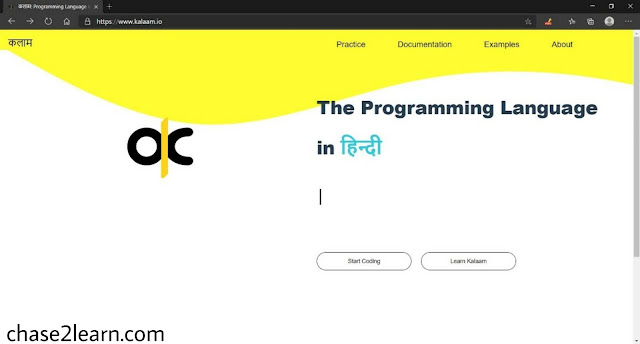 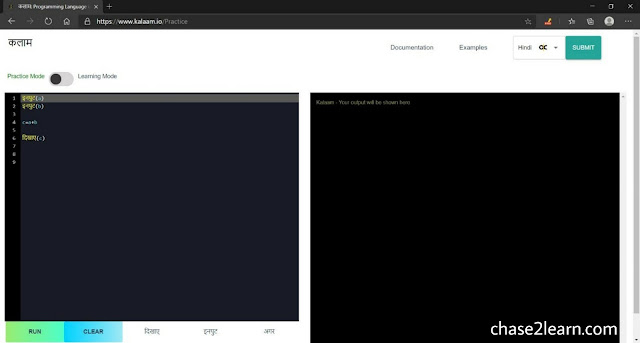 4. As you can see that code is written here because the mode is practice mode you can also, see other examples by clicking on the Example option which is on the top right of the page

4.       5.After clicking on the run button you can see that a pop-up notification is asking you the input of a and b after entering input you will get the output on the output screen (black screen on the right).

You can see that I got output 9 because I gave 5 and 4 as input.

You can select another language from the menu on the top right corner.

In this manner, programming is undergoing transmission within itself to reach every corner of the globe.

2 thoughts on “Best programming language to learn in 2021”